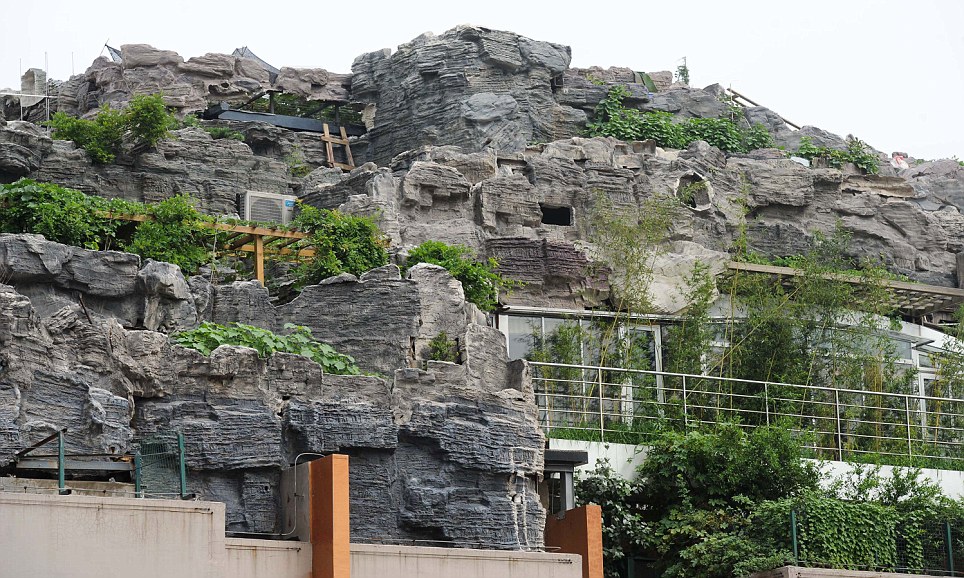 Mandatory Credit: Photo by Luo Xiaoguang / Rex Features (2801921e)
Residential building with a rocky style villa on its roof
Rocky style villa on the roof of a tower block, Haidian, China — 12 Aug 2013
A resident in the building has spent years to build a huge villa on top of a 26-storey building in Beijing. His neighbours have complained about this oddity covering over 1,000 square meters, fearing its weight may cause structural collapse. Local bureau of city administration attempted to investigate the allegedly illegal construction, but the owner hasn’t shown up so far